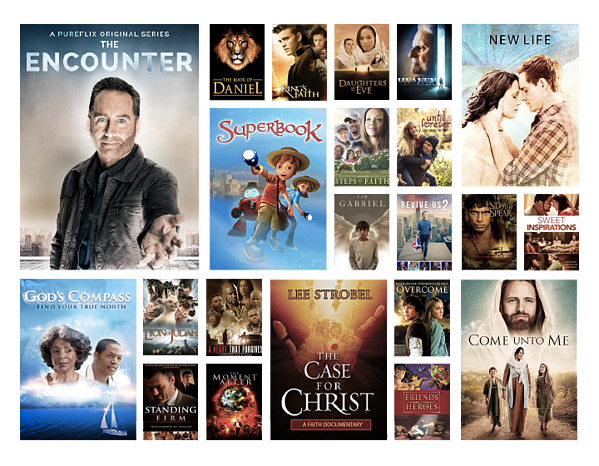 Family movie nights are something that many households embrace at least a few times throughout the year. There are so many movies to choose from, but some of the best Christian movies of all time will bring these movie nights to the next level. You will discover so many movies about faith in God. Out of a huge list of faith-based movies, you will also find quite a few Christian movies that are actually good. The best part about these Christian movies is there are some Christian movies based on true stories. When you take the time to watch these movies with your family, you are instilling the Christian values that are important to you. At the same time, you are also introducing topics that can turn into major discussions afterwards.

Best Christian Movies of All Time

The Passion of the Christ

Mel Gibson directs this best Christian movie of all time. The Passion of Christ was released back in 2004. This movie shares the last twelve hours of the life of Jesus. The experiences he had throughout those hours leading up to his crucifixion are shown in great detail. There are flashbacks to the earlier parts of his life in this movie too.

While this is on the list of best Christian movies of all time, you must be aware that it is best viewed by older teenagers and not younger children. There is a lot of violence in this movie, so conversations are a must after watching. You may be able to see this Christian movie on television, but you can also purchase it on DVD.

The Ten Commandments was released for the first time in 1923. Another version was made and released in 1956. This movie is about the biblical story of Moses. As you watch this Christian movie, you will follow the life of Moses. This adopted Egyptian prince leads the Exodus to Mount Sinai. It is at that location where he receives the Ten Commandments from God.

You can purchase this best Christian movie of all time on DVD. You can also watch it when it airs on television every year during the Passover and Easter holiday.

I Can Only Imagine

If you are searching for movies about faith in God, you don’t need to look any further than I Can Only Imagine. This movie was released back in 2018 and is based on the story of the song with the same name. The movie follows the main character, as he goes through life after his mom leaves his abusive father. While he lives with his father, his life takes many turns until he finally learns how to forgive his father. This story of love, forgiveness, and growth is one of many Christian movies based on true stories.

You can purchase this DVD to watch multiple times with your family.

God’s Not Dead: A Light in Darkness

This is the third movie in the God’s Not Dead series, and it was released in 2018. This is one of the movies about faith in God. When a fire destroys a church, the local Christian group is also told to leave the nearby college campus. There are many moments in this movie that share why Christians must be the light for Christ, especially when hope is needed so much in the world.

You can easily watch this movie on DVD, but you may want to watch the first two movies before you start this one.

One of the Christian movies that are actually good is Beautifully Broken. This movie was released in 2018. Beautifully Broken is about families facing different challenges. One refugee is looking for hope in America after escaping harsh conditions in Africa. This is an excellent movie if you are looking to enforce kindness, courage, compassion, tolerance, forgiveness, and respect. There are multiple references to prayer in this movie as well, which is perfect if you are trying to instill the power of prayer in your children.

Kids need to know that they have so many decisions to make in life and not all of them will be easy. Urban Country shows how a teenage girl changes her life for the better, by leaving the big city and moving to the country to live with her mother. There are plenty of positive messages within this movie. The best part is both the mother and daughter both admit their mistakes in life and take the actions necessary to become a better person.

I Still Believe is one of the Christian movies based on true stories. This movie is based on the life of Christian singer, Jeremy Camp, and his first wife, Melissa. I Still Believe follows Jeremy and Melissa’s life; from the time they meet until Melissa dies from ovarian cancer. The end of the movie shows how Jeremy managed to move on by simply sharing the story of his first wife.

This movie never made it to the theaters in 2020, but was released on video on demand. You can also purchase it on DVD.

Not every movie on the list of faith-based movies is long. The Three Wise Men is a short animated twenty-five-minute movie that is perfect for younger children. The movie shares the story of the wise men, as they take their journey to see Jesus on the day of his birth.

This animated movie was originally released on DVD back in 2006. However, an updated version was created and released in 2020. The newer digital version includes a new song by Jonas Myrin.

Family movie nights, or even afternoons filled with kids watching movies, do not require movies with questionable content. There is a long list of faith-based movies and quite a few of them are considered the best Christian movies of all time. You can easily choose movies about faith in God, and you will be surprised to find Christian movies that are actually good. We recommend choosing Christian movies based on true stories on occasion, because they can be more relatable than some of the other options. 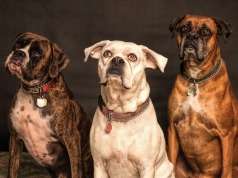 CBD vs Medicinal Cannabis — Two Faces of the Same Coin